Wow. Even though it feels like we just started, we're already halfway through the summer. With today the last day of Session 1, we're sad to already be saying goodbye to some of the kids. However, everyone is still invited to the remaining social events and freesails this year, so hopefully we'll still see them around some! On the bright side, I look forward to meeting all of the incoming Session 2 and Intro to Pleon sailors soon! As a reminder, the first day of session 2 is Monday, July 29th. 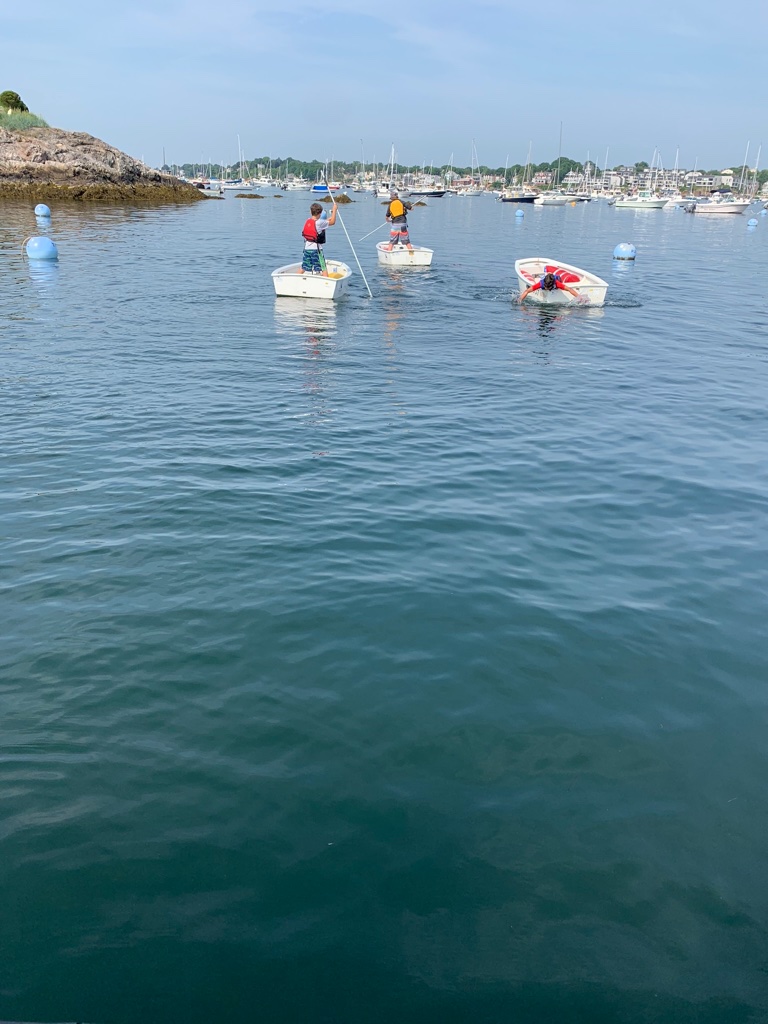 This week has been super fun in all of our classes. Good wind in the mornings gave the younger kids a little taste of moving quickly, and for the most part they seemed to enjoy it and handle themselves really well! On Thursday, it was too windy for the Opti 1s but we still sent the Opti 2s out, but several capsizes later we went back to the dock. 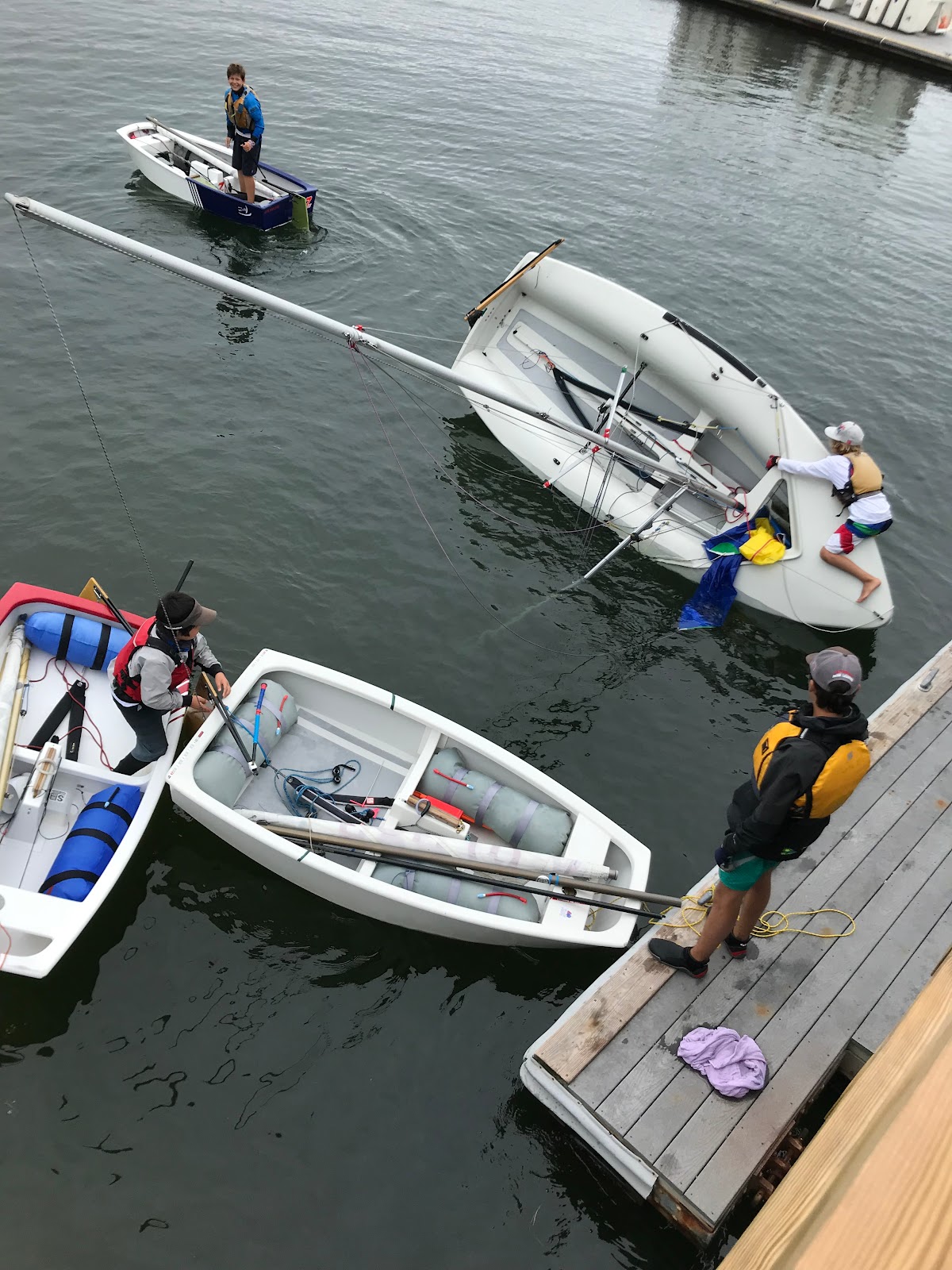 The older kids thoroughly enjoyed the heavier breeze, giving the 420 development classes the ability to practice trapezing and the Opti development classes got a lesson in hiking (and why physical fitness is so important!). It also led to a multi boat traffic jam/tangle situation at the ramp. Meanwhile, Nate and Luke (420 D) became amateur arborists. 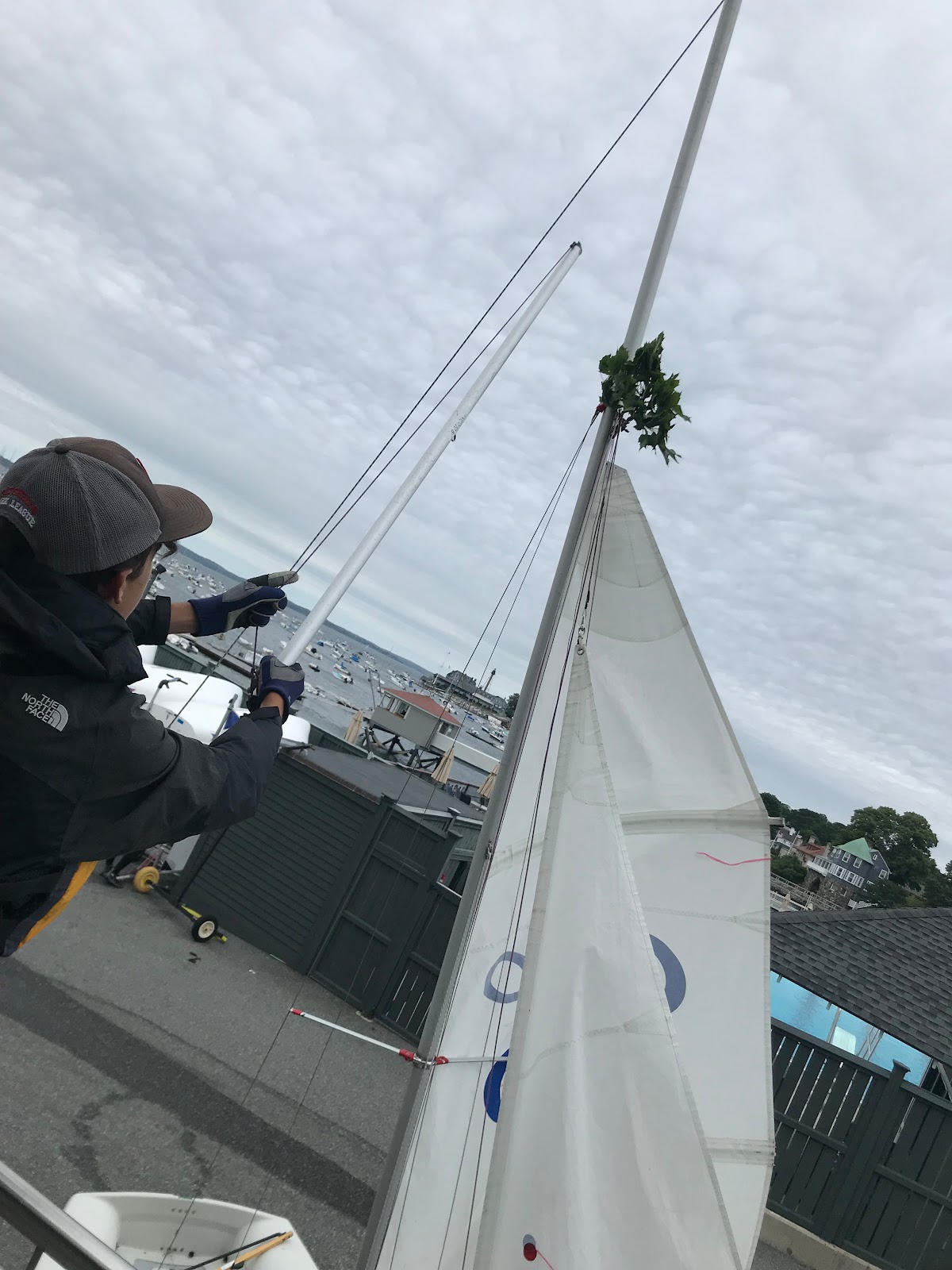 This morning, the Opti and 420 1 classes went to Coffey's Ice Cream and Crocker park to celebrate the last day of session 1. Relay races of all sorts (swimming, sailing, skulling) followed. 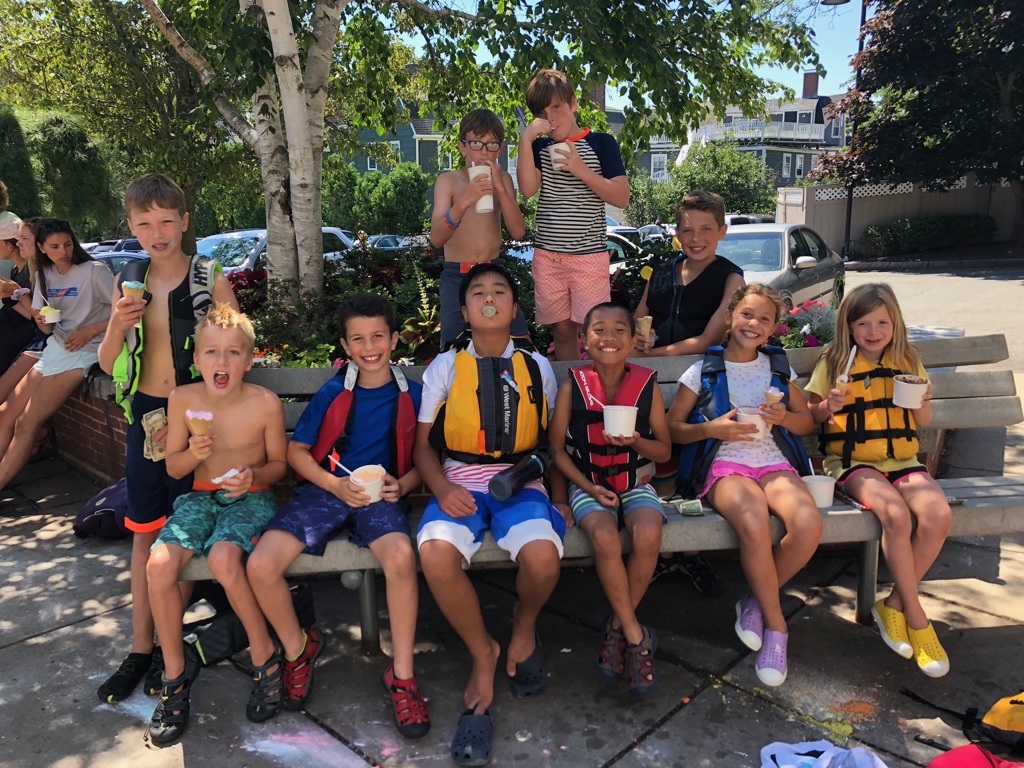 There were several fun events this week; the windsurfing clinic let nine of our sailors get more than just their feet wet with watersports outside of Pleon. On Tuesday evening the ‘movie' part of movie night didn't happen due to a technical glitch, but the sailors who showed up ended up playing a variety of games like Freeze dance, Commando, Sardines, Limbo, and more. Amira (Opti 2) claimed that it was more fun than watching a movie anyways. 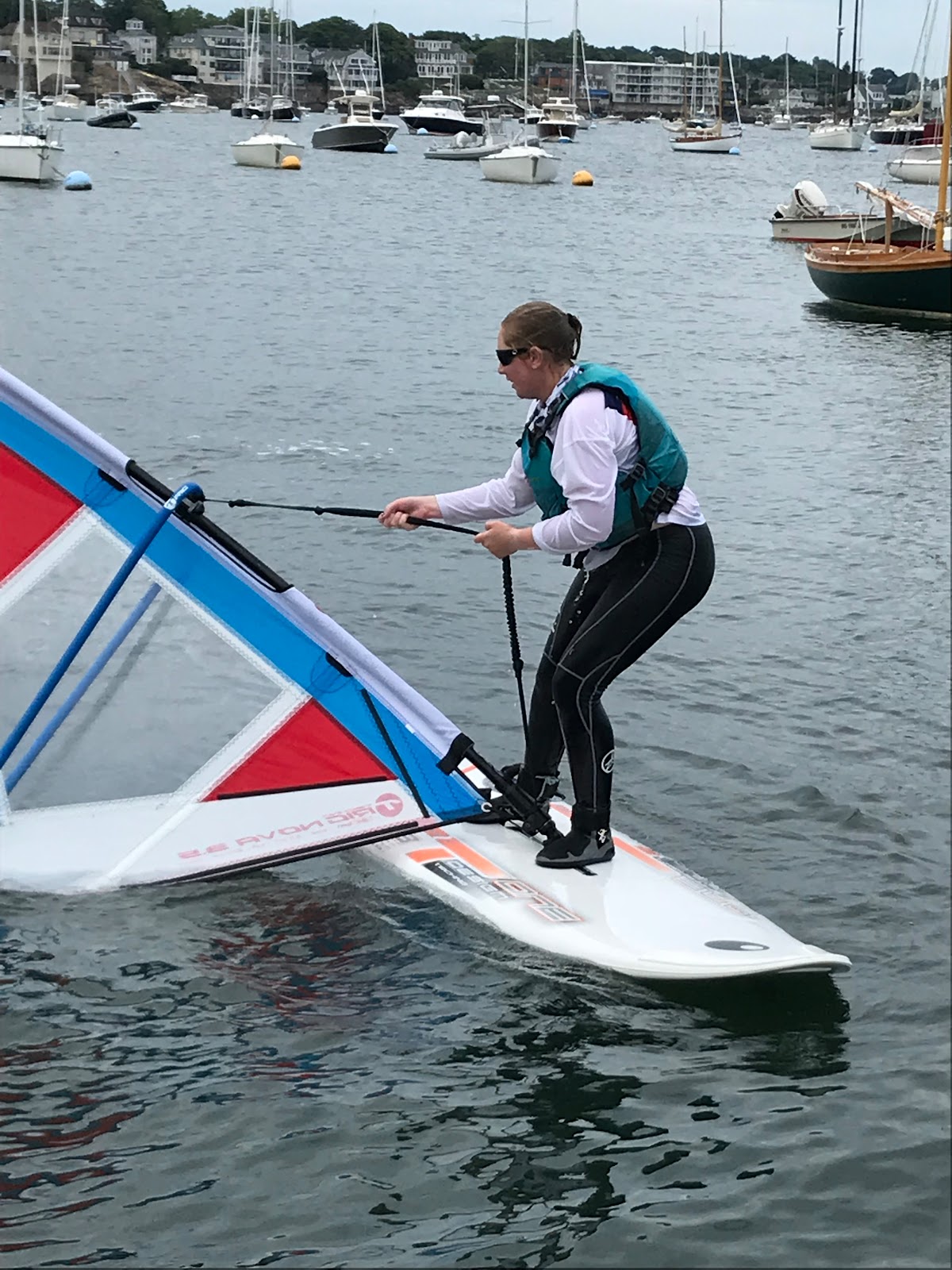 Next week, of course, will be Race Week!! Although there are no classes, most of our sailors will be sticking around either to race or as a member of Green Team, which helps out around the club. I hope to see lots of support and spectating from the parents! Shout out to all of the parent volunteers who make running Race Week possible. I think they might still be looking for some on land and housing volunteers; see Mike Costello's email for more details. 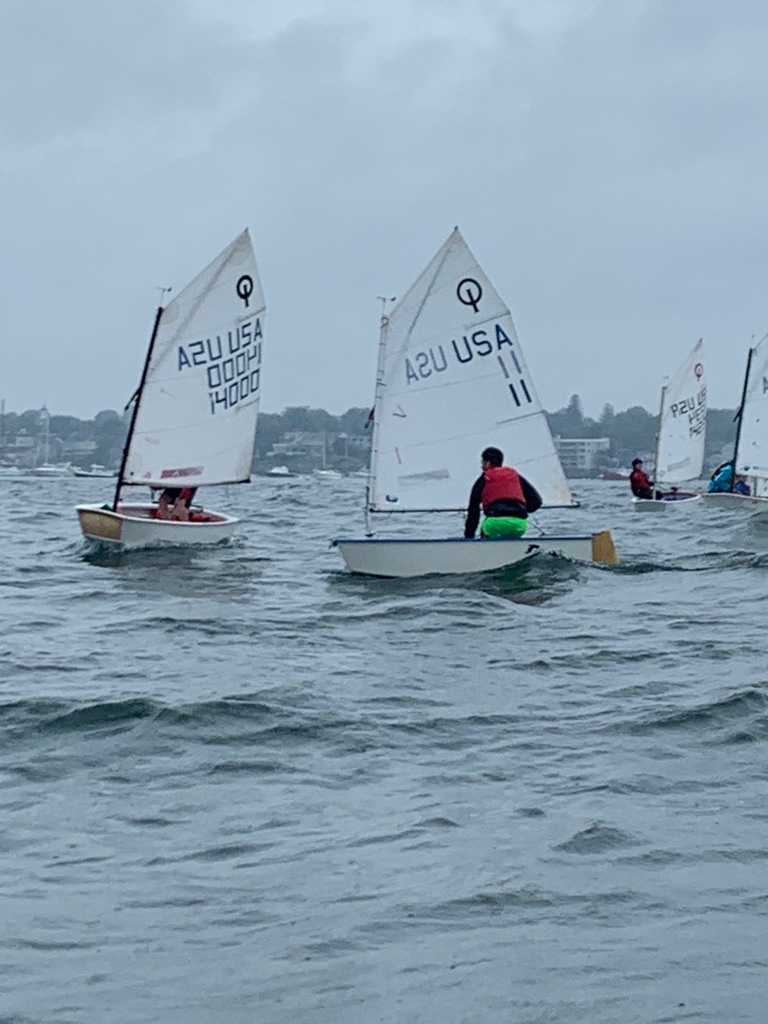 Signing off for now,