Sorry for the delay in getting this week's update out; things have been super hectic over at Pleon. We started out the week with the race kids getting back from New Bedford, where everyone did an amazing job, getting several top 10s in the regatta. Back at home, we had a rockin' Terrific Tuesday, which saw the morning classes partake in an air guitar competition and play some music-themed games. The Opti 2s impressed us all with their rock knowledge, recalling bands like the Grateful Dead and the Rolling Stones! 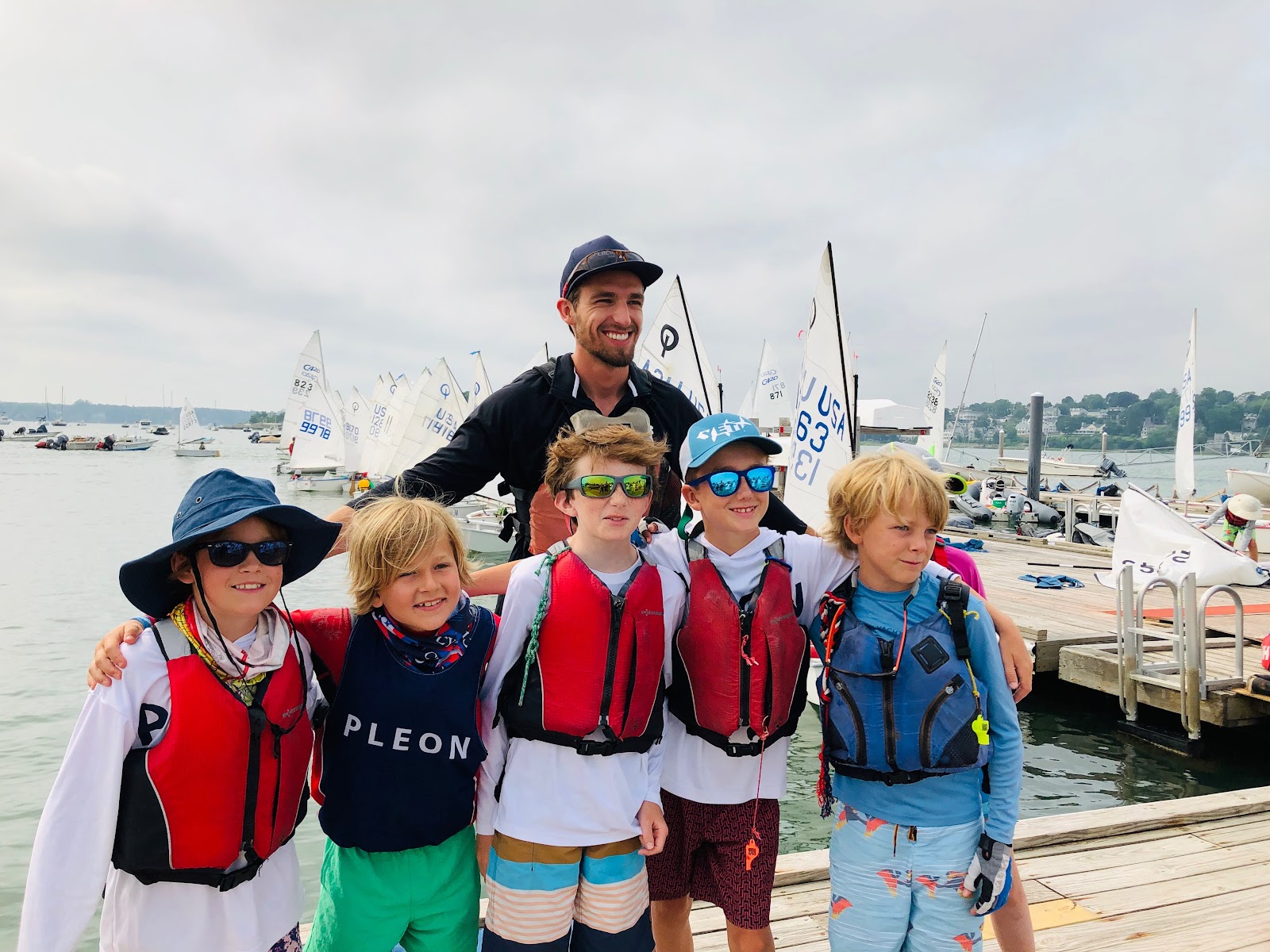 On Wednesday we had our third Wednesday series of the year, which saw the 420 kids getting off an impressive 6 races, while the Opti kids got in 4 or 5. Not everything went well, though, as a grease fire in the grill (my fault!) delayed the cookout by fifteen minutes and led to some disappointed kids. 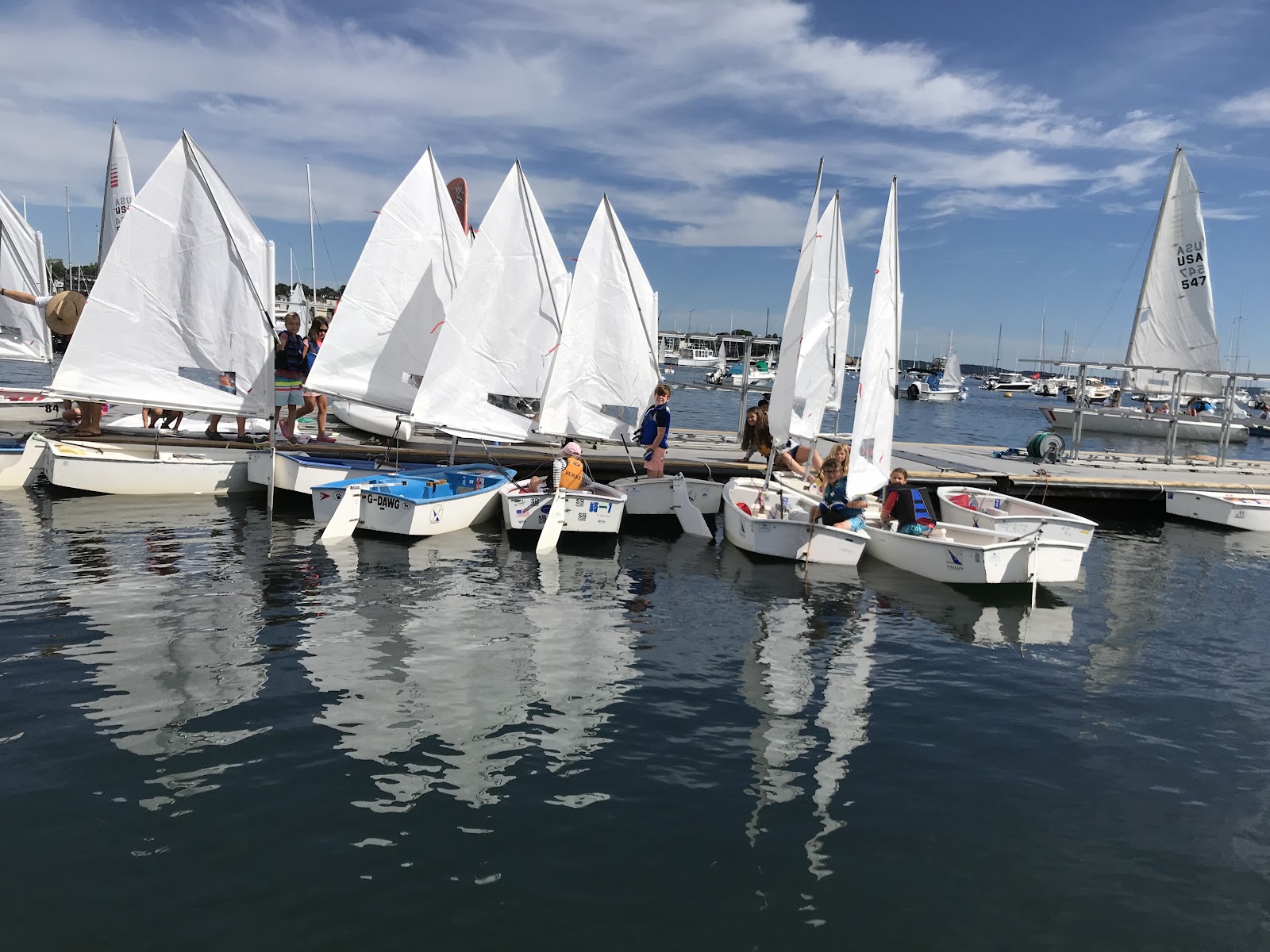 We also had Stuart Boyd come down from Gloucestor to show off his Viking Boat model, authentic down to the nails that he used. The keelboat kids got to take it out in the morning and row around in it, while in the evening he gave a guest lecture to all the kids in the harbor and let anyone interested play around on the boat.

On Thursday and Friday, we sent 29 kids to Hingham Bay Regatta, where they absolutely crushed it. We rounded out the top 4 in Opti Green, top 2 in Opti Champ, and had 4 420s finish in the top 10 of their respective fleets. Well done to everyone! 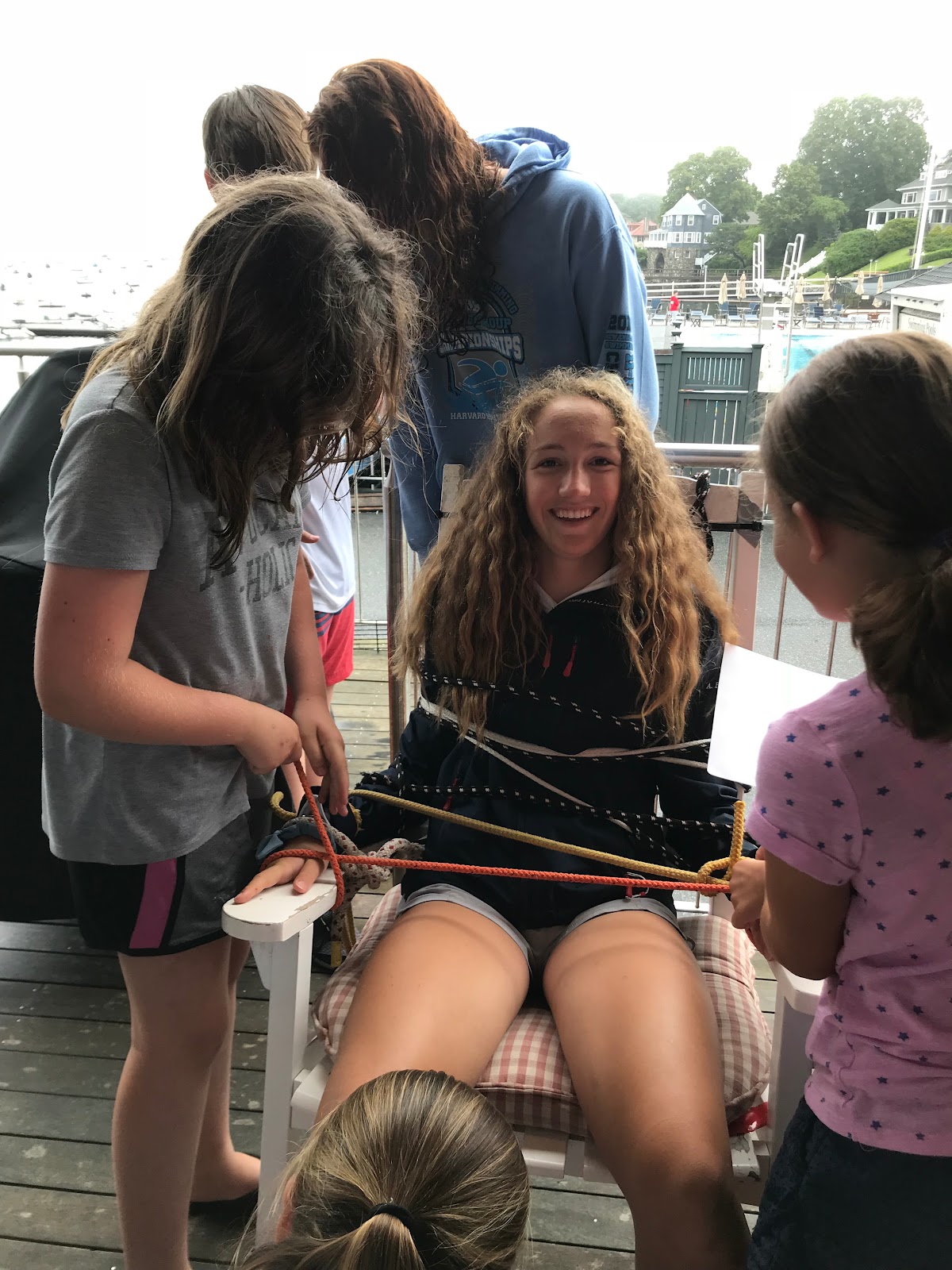 Dealing with the light winds all week was a challenge that finally came to a head on Friday morning, when with the early rain dampened many people's spirits. Not to fear, though, the coaches came up with a solution: Rainy Day Champs! A time honored Pleon tradition, we split up all the morning classes into 5 teams, where they competed head-to-head in subjects like knots, strength/endurance, song writing, and tug of war. After throwing a JI into the water and using tons of energy, Team 2, 'The Untieable Knots' took home the championship. 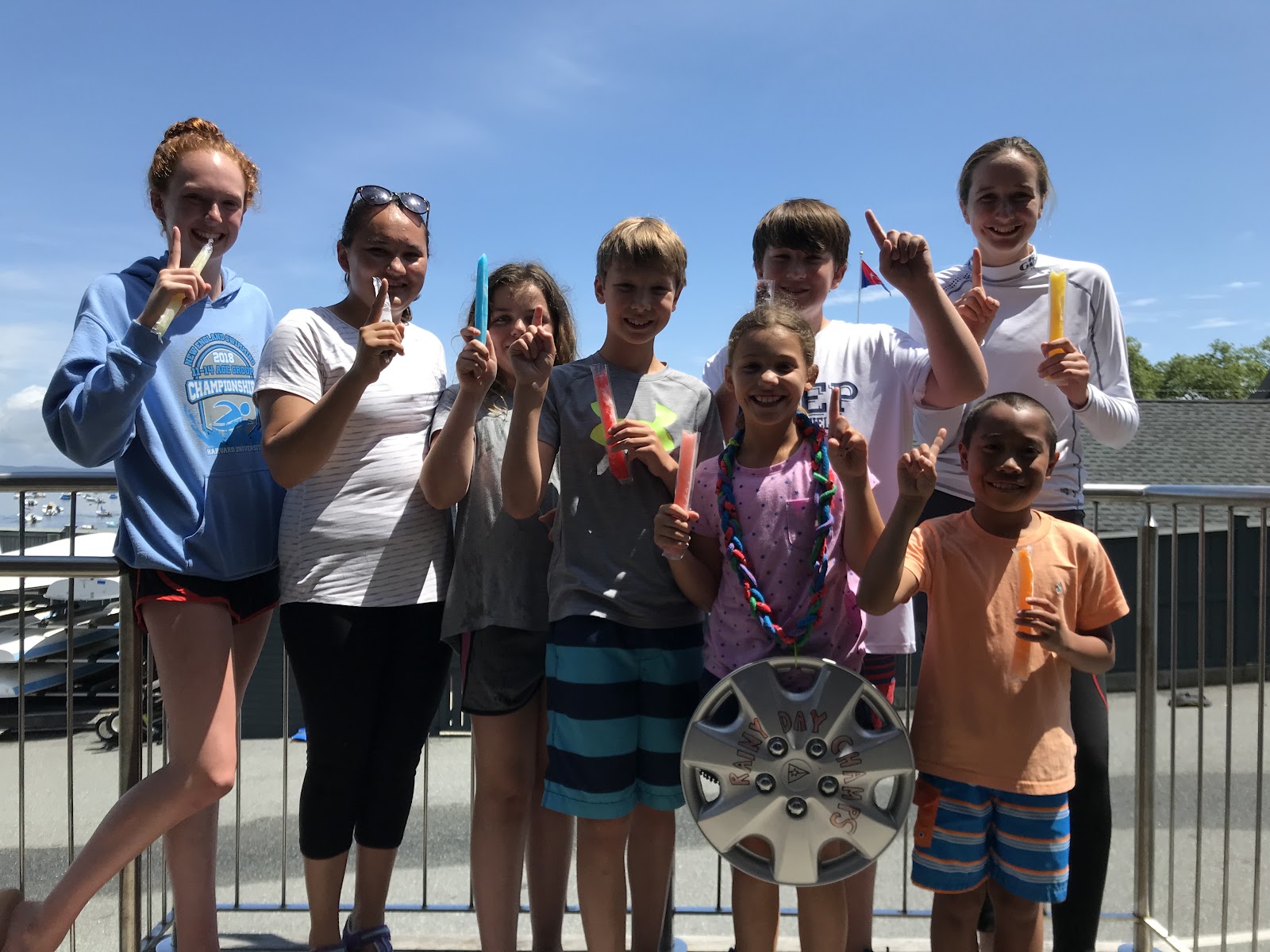 Well, lots of fun to come at Pleon!

That's all for now!